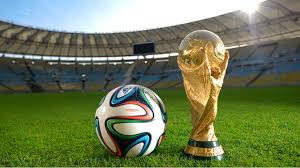 Uruguay, Argentina and Paraguay had earlier announced in 2017 of their plan to host joint bid for the tournament. That resolve has been strengthened as Chile President revealed that he had proposed some few months ago to the presidents of the three aforementioned countries to join their bid which has been accepted.

Out of the four South American countries only Paraguay has not hosted the tournament, Chile hosted the tournament in 1962, Argentina in 1978 and Uruguay in 1930. Uruguayare looking to host it in 2030 as that would mark the 100 year anniversary of the World Cup first hosted in 1930 by the country.

England and Ireland are also looking to make a joint bid for the tournament. The FA had released a statement last August in which it suggested that it was England’s turn to host the World Cup in 2030.

While the Mediterranean countries are also considering submitting an intercontinental World Cup bid.it is believed that Spain and Portugal are in discussions with Morocco to host the 2030 World Cup in the joint bid.  This according to insiders would be feasible due to the relative distance between the three countries and the level of infrastructure already on the ground.

It will be interesting to see which of the three bids would be able to sway the FIFA Congress when it comes to the voting period. Europe just hosted the World Cup in 2018 in Russia while South America in Brazil and Africa with South Africa hosted the last two World Cups.

Asia would be hosting the next World Cup in 2022 in Qatar while the first 48 team tournament would be hosted in North America after Canada, the USA and Mexico won a joint bid for the 2026 World Cup.