Uruguay striker Luis Suarez will miss the UEFA Champions League (UCL) clash between hosts Atletico Madrid and Lokomotiv Moscow at the new Wanda Metropolitano Stadium in Madrid on Wednesday night. The Atletico Madrid striker is on course to miss the game as he continues to self-isolate after testing positive to Covid-19. 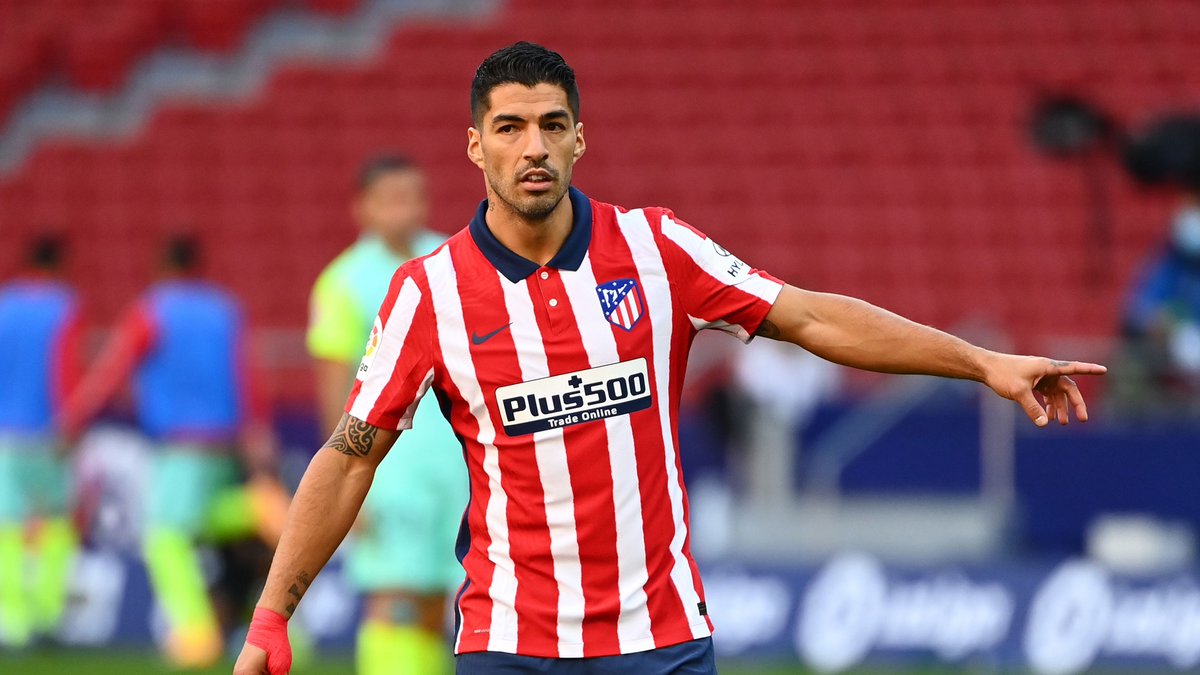 Luis Suarez is the record goalscorer for the Uruguay national team with 62 goals in the colours of the two-time world champions.

He returned a positive test for Coronavirus while he was on international duty with Uruguay last week. He had featured in the games against Colombia and Brazil during the international break earlier this month. Those two games are part of the qualifiers for the 2022 FIFA World Cup tournament in Russia. Suarez scored one of the goals as they secured an impressive 3-0 win at the home of Colombia in the first of the two games for Uruguay this month.

Apart from Luis Suarez, Manchester United striker Edinson Cavani and Benfica star Darwin Nunez were also on target against the Colombians. In the second game, Uruguay lost 2-0 at home to the Brazilians with goals from Juventus midfielder Arthur and Everton forward Richarlison.

Luis Suarez missed the Spanish La Liga blockbuster with former club Barcelona at the new Wanda Metropolitano Stadium over the weekend and he’s also set to miss the Lokomotiv Moscow game at the same venue on matchday 4 of this season’s Champions League. In the reverse fixture, Atletico Madrid were forced to a 1-1 draw in Russia. Jose Maria Gimenez gave Atletico Madrid an 18th minute lead before Russian national team midfielder Anton Miranchuk equalised for the Russians seven minutes later. A win on matchday 4 will take Luis Suarez and his Atletico Madrid teammates closer to qualification for the knockout stages of the competition. Without the Uruguay striker at the weekend, Atletico Madrid beat Barcelona 1-0 with the lone goal coming on the stroke of half-time through Yannick Ferreira-Carrasco.