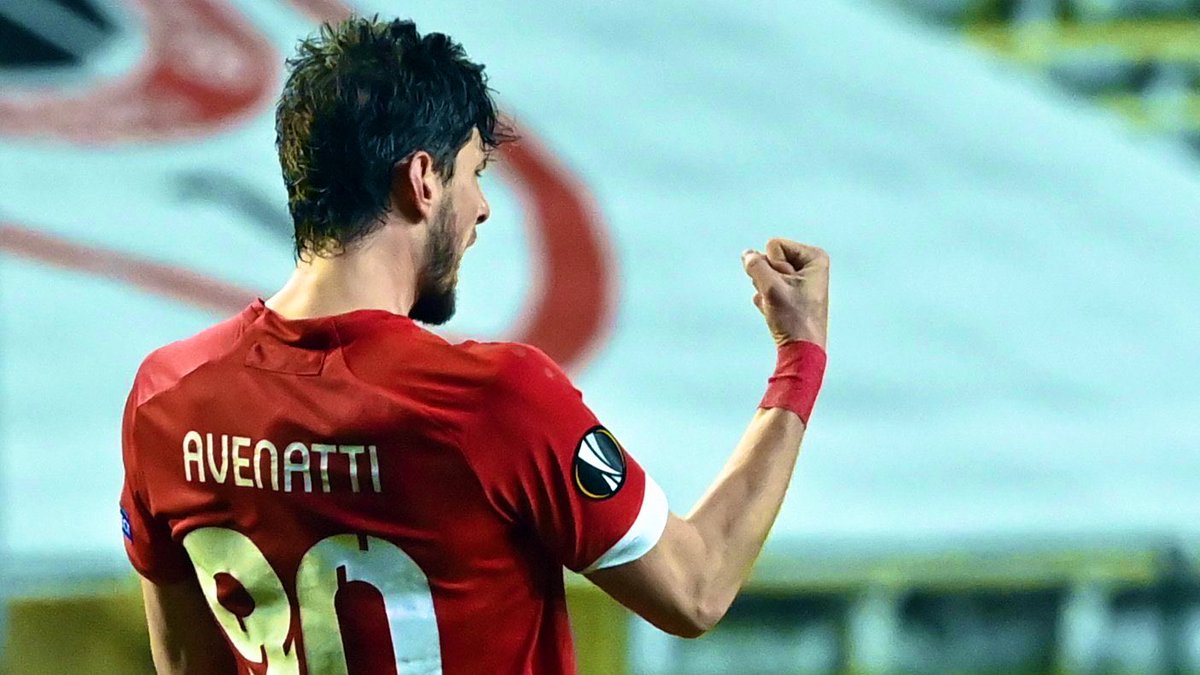 Uruguay player Felipe Avenatti started as the lone striker for Royal Antwerp in their first leg clash with Steven Gerrard’s Rangers and he was responsible for the equaliser after Super Eagles of Nigeria player Joe Aribo had given Rangers the lead with seven minutes left to play in the first half. Uruguay attacker Avenatti scored the opening goal of the game for the hosts on the stroke of half-time. The ex-Bologna player is on loan at Royal Antwerp from Standard Liege in the same Belgian top flight. It was the first goal in Royal Antwerp colours for the Uruguay player.

Royal Antwerp added a second goal from the spot before the first half ended through LiorRafaelovbut they could not hold on to that half-time advantage in the second half. Rangers left-back BornaBarisic scored from the penalty spot to make it 2-2 on 59 minutes before Cameroonian defensive midfielder Martin Honglahelped Royal Antwerp regain their lead seven minutes later. Rangers equalised again through Ryan Kent on 83 minutes thus paving the way for BornaBarisic to win the game 4-3 in favour of Rangers with his second penalty of the game with what was virtually the last kick of the game. Royal Antwerp had Senegalese player AbdoulayeSeck sent off for two bookings with two minutes left. Rangers are clearly in the driving seat ahead of their second meeting in Glasgow next week. Rangers are on course to move past Royal Antwerp in the round of 32 and into the round of 16 as far as the Europa League is concerned.